First off I have to say that it IS SNOWING here in Central Ohio. This is our second big snow storm of the Fall.  I look out the windows watching the big flakes coming down and thinking to myself how pretty it is. That is until I leave for work at 10:30 PM and drive south on the Interstate 71 towards downtown Columbus with all the trucks zipping past me on ice covered pavement.  Thank goodness I have 4WD or else I would be a nervous wreck.  So I got to thinking to myself why are we getting so much snow so early this year.  Then I realized after looking at pictures of Sammy Doodle that it is his fault.

He has been dreaming of snow since the leaves began to fall. 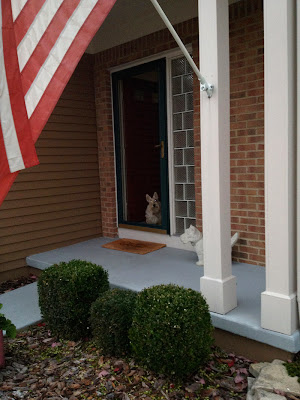 And to make the Snow Fairies bring his wish, he sacrificed one of his stuffed toys scattering woobie guts all over the floor to appease the Fairies. 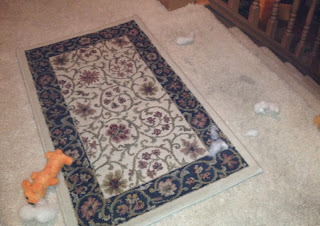 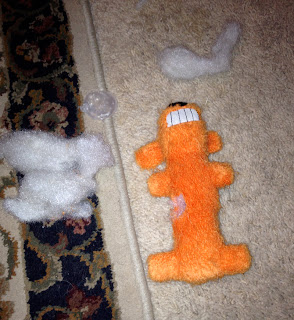 He survived his first professional haircut over at Worthington Woods and was so pleased to prance around the neighborhood with his Da in tow. 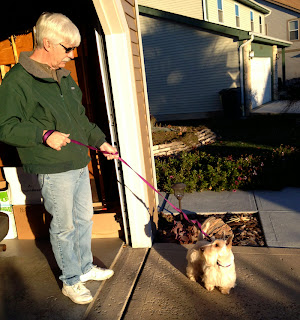 But still, he dreams of Snow.  And who could resist this adorable face? 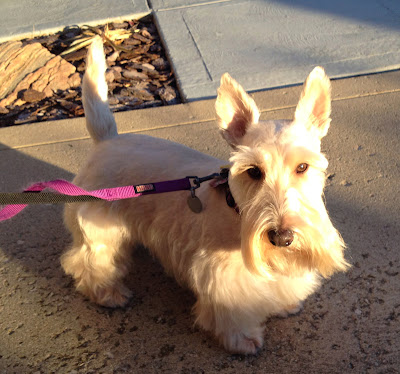 He got his wish.

Posted by flyingbeader at 8:02 PM

Poor Pooch. Wait til it's high enough to reach his little tummy. He'll be dreamin' of fun in the sun then!!