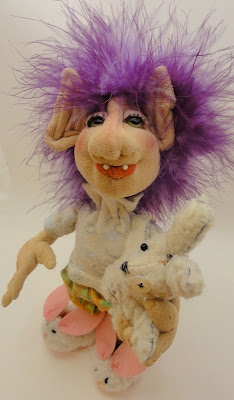 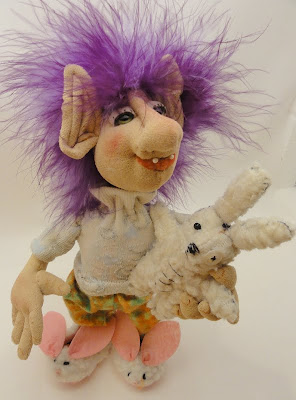 While I was making Daryl & Mike, I also cut out & sewed up a companion piece Edward with his bunny Mick. Though I made them both at the same time, Edward's face turned out a whole lot different than Daryl. Needle sculpting really puts character into a dolls face. You can sit there and do them one after the other & no two will be quite the same. 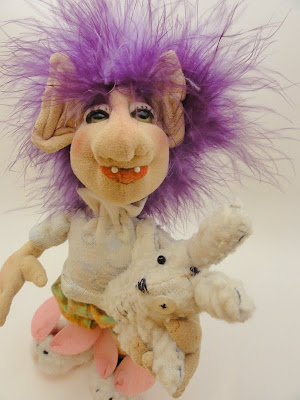 Mall shopping was iffy yesterday. I walked through a couple of stores before my jaw started to hurt so I called it all off. Found a couple things for Chris, but nothing I really wanted. I was going to try on a jacket at Sears, but thought "why?". I already have too many jackets as it is.

Today we are going to see the new Sherlock Holmes movie. Gotta run. Fiona is barking to come in.
Posted by flyingbeader at 8:18 AM