Of Dogs and Dolls

Two weeks ago, I was downstairs in my Art Cave merrily sewing along trying to come up with my doll form so I could start on the Beading For A Cure 2011 piece. Chris was out cutting the grass which grows wildly this time of the year. All three of the Scotties were upstairs barking and barking which is also normal as they want to go out and run up and down the fence and chase the children walking to the park behind our house. I hear Chris call to me that he had a surprise. I walked upstairs thinking...oh no...Fiona killed something. He had his back to me and then turned around with a puppy in his arms. YES! A PUPPY! He said that one of our neighbors were out walking her dog and saw this puppy inside our fence cringing behind the boulder whimpering. Chris of course thought "what has Dot done now" so he went back and there she was...clean, pretty, pink rhinestone collar around her neck, and oh so frighten. He picked her up and instantly she gave him a big kiss on his nose. I grabbed her as soon as I saw her and oh! she just emitted puppy smell that made me almost swoon. She could be no more than 8 weeks old after I looked at her, and no, she could not have gotten into my yard. Someone had to drop her in my backyard. I went with her around the neighborhood thinking someone got a new puppy, it got out, and a stranger just thought it was mine. The little girl next door helped, but we could not find the owner. Meanwhile, my three Scotties were TICKED! They didn't ask for another canine mouth to feed. Luckily we still kept all our puppy crates so I put her away and Frodo laid next to the door starring at her & growling. I went on the internet and there found out what I dreaded..she was a Pit Bull puppy. Why did I dread this, well I live in Franklin County and here Pit Bulls are considered vicious dogs with many deed restrictions for property owners, and also a very bad reputation as many people have been mauled or worse by Pit Bull owners who have treated their dogs wrong or who have these dogs for fighting. Yes, Michael Vic isn't the only one who raises Pit Bulls for fighting. 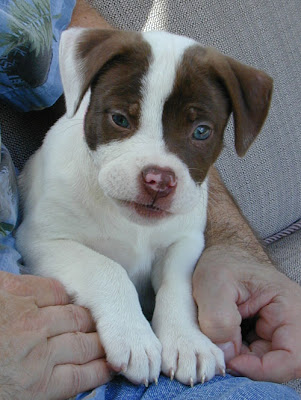 I knew I couldn't keep this puppy if we couldn't find her a home. But look at that face...and she was so sweet. I know that Pit Bulls can be very loving and devoted dogs. I also knew that if she was mine, she would be laid back and sweet as it if how they are treated that mainly matters, but my three Scotties could not even think about adding another dog to their home. And Chris kept saying "nope, nope, nope." But once again...LOOK AT THAT FACE. She was house broken, she slept all night long, she adored me, and did I say she was absolutely the sweetest puppy I've seen. But I could not keep her no owner came around looking for her. I did NOT want to take her to the shelter as in Franklin County Pit Bull are not adopted out. I was almost in tears as I could no keep her and when she tried to nurse Fiona & Fiona did the double take and growl, I just knew I couldn't have this lovable puppy. So I went to the Internet and found a Pit Bull rescue group here in Columbus. I sat with tears in my eyes and wrote to them pleading for help. I'm not kidding you, but they called me 15 minutes later offering to help. At first they said I had to take her to the shelter, but one of their rescue group would get her IF she was pure Pit Bull. I had a sad heart and kissed her before I went to bed. The next morning, the rescue group called again and said they had a foster home for her. I was jumping with joy. That evening Nicole the foster Mom came to pick up the Princess Puppy. She said she was pure breed and probably only 7 weeks old...and this made me smile...probably would find a good home in a week. I was sad to see her go, but oh...I know I could not keep her. I've done rescue in the past with Scotties and know that a Rescue group is very picky about the type of homes they place a rescue in. So I felt my puppy girl would not only find a good safe home, but one that would love and nurture her. If you are interested in helping out this wonderful group of rescue workers please go here to Measle's Animal Haven Pit Bull Rescue and give a donation. One more thing about Pit Bulls, and I could write so much here, but maybe later...that same evening that Nicole came to pick up Princess Puppy, Franklin County Sheriff went into a home looking for drug sellers to find a Pit Bull breeding house. There were over 14 Pit Bulls in the basement of this house caged up and used for breeding. One Mother had just had a litter of puppies. All the dogs were taken to the shelter and probably all would be destroyed. I still am choked up thinking of those dogs living their lives in a dirty filthy basement so some jerk could make money off of them for fighting. We have laws against animal cruelty in our county, but nothing could even match the horror and pain these dogs were put through. Yes, this is the exact same day that Princess was rescued. I still can barely write without tears choking my throat. Enough...I can't write more.
--------------------------------------------------------


Okay, now to beads and hopefully the tears will dry on my cheeks so I can tell you about Beading for a Cure 2011. First off, here is the kit for 2011. I need to use at least ONE of each bead in the upcoming project. These are from WhimBeads. We purchase the kit. 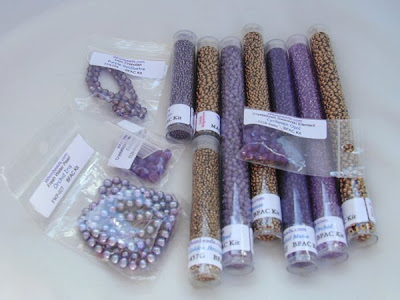 We are allowed to add ONE bead type to the kit along with sequins and anything else that is not considered a bead. Artbeads.com was wonderful and donated these lovely rivolis and the center pendent (I'll have to find that link later) for me to use in my doll. 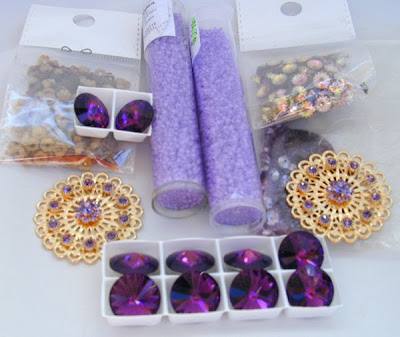 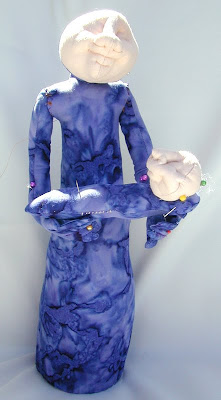 Stay tuned for more work on this project.

Disclosure...As a reviewer of products at Artbeads.com, I receive the Rivolis and pendant above free of charge. I have been asked to review these products and give my honest opinion of the products...positive or negative. I am not being compensated by Artbeads.com for my endorsement as it pertains to the products received and reviewed.


Posted by flyingbeader at 6:49 PM

Columbus is really a center for dogfighting; I remember reading about it several years ago, and then I looked at one of those law enforcement maps that shows arrests made....dog fighting arrests were so thick on that map [which I will try to find later] that it scared the bejesus out of me...especially when I learned that these disgusting excuses for humans target certain types of other dogs to use as "bait"....dogs that won't fight back, like golden retrievers. That was the day I stopped letting Luna out by herself at night....

I'm glad that Princess had a happy ending because I think you might have moved mountains to keep her if you hadn't!

Your new beading project looks really great! All that purple! Thanks for sharing the kit and the rules...I'm new to the whole thing and always wondered how it worked...

You are so right Wendy. When we first moved up here in the Polaris area, I had to watch FalaPink all the time. People were coming through new neighborhoods & stealing dogs to be bait for the dog fights. I was always afraid someone would grab one of my Scotties...then we got Fiona...no one comes near this place without her mouth going off. I still worry though when I don't hear them & always peek so see what mischief they are in. One inattentive moment & some jerk could pull them out of the yard. You know sometimes...I really hate people!

As a pit bull mommy, thank you so much for posting this. Your post choked me up, and I am so glad she's going to be on her way to a loving nurturing family!

Hey Crystal...if I didn't have three Scotties, I would definitely have kept this lovable girl. Here in my county you have to have a $100,000 home owners policy for coverage & a 6 foot fence with no gaps if you own a Pit Bull or Chow...like a Chihuahua couldn't bite you through a fence...or a Black Lab. I had a Black Lab try to bite me through our fence, but then Frodo was howling his head off at the dog so...

Poor little thing... pink rhinestone collar and everything! So glad the rescue was able to help with her.

I love the direction your doll is taking!