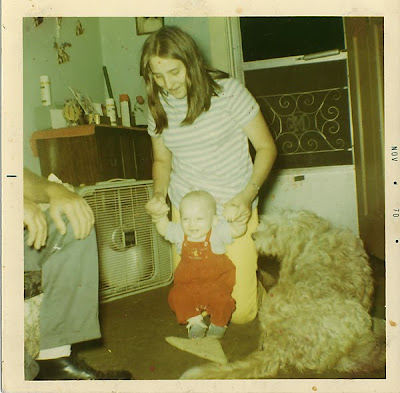 Today is my Baby Brother's birthday. He turns 40 today! I still remember the day he was born. I was 15 3/4 so technically almost 16 when he was born. I came home from school & my Mother was in labor. She could not wait until my Dad came home to take her & I really couldn't drive yet, so she & I took a taxi to the hospital. I'd called Daddy before we left & he got there after they took her back to the labor room. I was there when Victor was born. He was a blessing to me. I loved him from the very first moment I saw his little face. I held him & took care of him when Mo
m was sick. I rocked him to sleep when he was fussy. He cut his first tooth on my cheek bone. I dressed him in funny outfits. I listen to him sing in from of the mirror standing on the steps so he could see himself. I had him come up to visit me when I was in college (his first bus ride all by himself). I took him to see the "REAL" Santa at downtown Lazaru 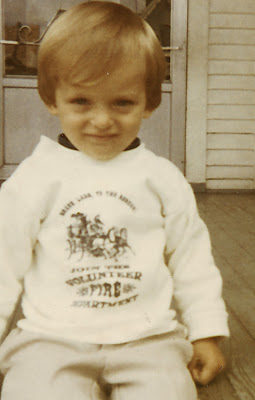 s in Columbus. I took him on vacation with us camping & then to Mammoth Caves where he & Chris talked about the hang gliding rats & dared each other to stick their hands in the holes. I took him out on his 21st birthday to get his first zombie! I met his beautiful girlfriend who became his lovely wife. I watched him hold his first daughter in his arms beaming. I watched him with his second daughter, first son, and second son. I helped paint his new house. Did I say, that I've loved him from the first moment I saw him??? I do...love you Victor every single day now and forever.

The first picture is of Vic & I at his first birthday. I bought those cute little bibs for him. We were at my Aunt Rosie's house & that is her dog Curly.

The second picture is of Vic on his 3rd birthday. I was away at college at the time & Mom sent this to me. I missed him so much. I had this picture on my bulletin board so I could see him every day. Wasn't he the cutest! and now he's 40.
Posted by flyingbeader at 3:29 PM

What a beautiful tribute to a much loved sibling. He is indeed lucky to have you in his life. A very Happy Birthday to him.